The Wire says of Borne by a Wind : “These contrasting, yet contemporary, modes of delivering Mackey’s words are set within tactfully spaced and stylistically flexible music.”

Read the full review here: The Wire.
Textura calls Borne by a Wind “Never less than stimulating… starry-eyed and mystical.”

Read the full review here: Classical-Modern Music.
Take Effect hails Borne by a Wind as “another exciting chapter in [Richardson’s] body of work that displays a chamber, orchestral and classical vision that few, if anyone, could replicate.”

I was so thrilled to participate in the inaugural Tidriks Distance Learning session today, a Percussion Practicum for Composers with percussionist Chris Froh put together by the Gabriela Lena Frank Creative Academy of Music. I wrote a short percussion sketch for Chris, who enlightened us on a whole range of topics related to it, from beater choice to notation, timbre, and setup issues. I especially enjoyed hearing fellow composer Eliana Echeverry’s sketch, which featured some complex rhythmic subdivisions over a constant pulse. A huge thank you to Gabriela for putting together this new initiative, to Chris for sharing his knowledge, and to all the other composers for weighing in. I can’t wait to hear Chris and Haruka Fujii play the other composer participants’ sketches over the course of the weekend.
I am overjoyed to be joining the composition faculty at the New England Conservatory of Music. Today was convocation and the first day of online classes. It was a pleasure meeting my students virtually; it promises to be an exciting new chapter for me here in Boston.
I had a fantastic experience in Buffalo at the American Composers Orchestra EarShot New Music Readings with the Buffalo Philharmonic Orchestra. They gave a thrilling performance of my piece Door to the River. A big thank you to all the players and staff of the BPO, ACO, Maestro Thachuk, and of course our composer mentors Chen Yi, Robert Beaser, and Jared Impichchaachaaha’ Tate. I especially enjoyed the other pieces by SiHyun Uhm, Sakari Vanderveer, and Vincent Calianno, which were great! 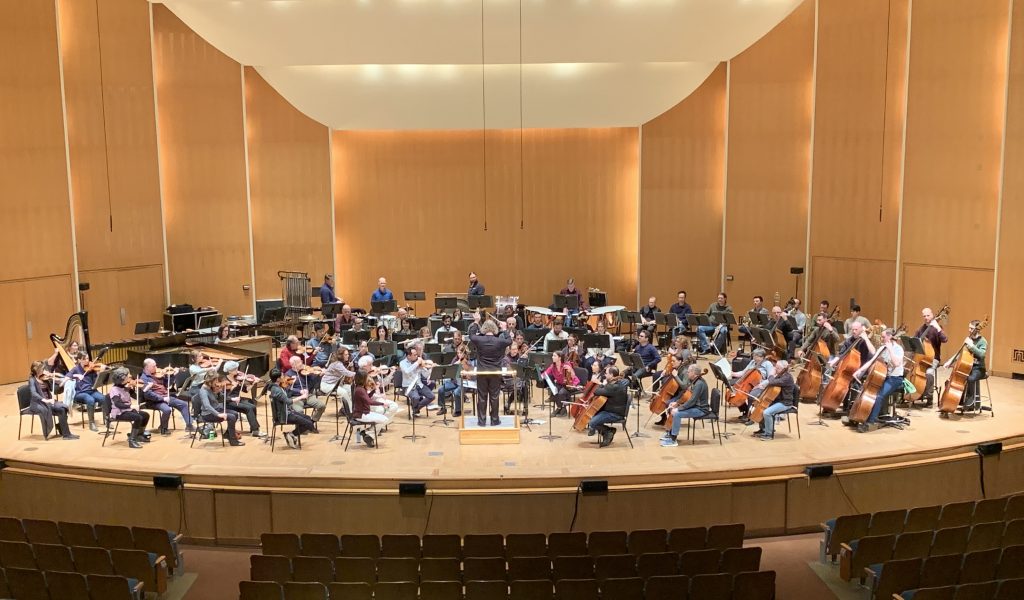 I’m thrilled to be presenting on my piece Red Wind today to the composers in the School of Music at the University of Florida, Gainesville. It’s a pleasure to share my work with them, and to see my good friend Scott Lee in his new role as Assistant Professor of Composition here at UF.