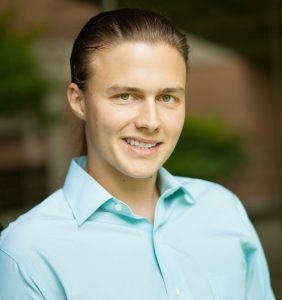 Composer Sid Richardson (b. 1987) writes concert music that imbues modern idioms with emotional grit and wit. His work explores the intersections of music and literature, drawing inspiration from a wide swath of authors, poets, and playwrights. Richardson leverages pre-existing texts to create a metaphorical resonance with the source material in pieces that weave literary elements into formal, rhythmic, and harmonic structures. He is constantly on the lookout to explore new sound worlds, collaborations, and technologies with his music.

Born and based in Boston, Sid Richardson earned his PhD in the Department of Music at Duke University. He also holds degrees from Boston Conservatory and Tufts University. Sid has participated in artist residencies at Crosstown Arts, The Hermitage Artist Retreat, the Virginia Center for the Creative Arts and their satellite campus at Moulin à Nef in Auvillar, France. In 2017, The American Academy of Arts and Letters awarded him a Charles Ives Scholarship. He was the recipient of the 2018 Hermitage Prize from the Aspen Music Festival and School. In the summer of 2019, Richardson was the Elliott Carter Memorial Composition Fellow at the Tanglewood Music Center. Active as a music educator, he has taught at the Massachusetts Institute of Technology and is a member of the composition faculty at New England Conservatory of Music and the music faculty at Wellesley College.